Stand by Me! Love Story of SHU Campus 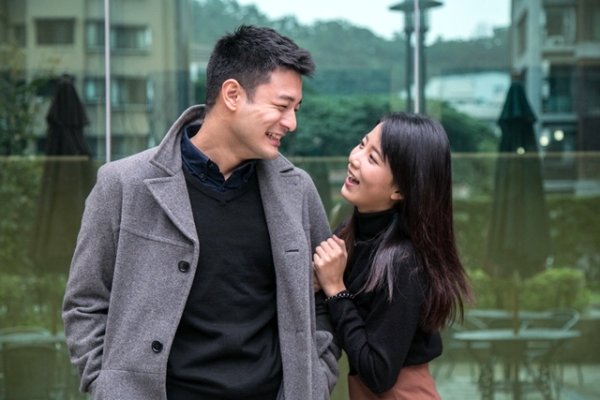 The micro film “Stand by Me”, prepared by All-media Center of Shih Hsin University, acted and made by the students, is scheduled to be aired on November. The heroes are the campus sweetheart, Hsin-yu Wang and the sunshine boy Yen-chun Kuo, and guest actress is the beautiful girl, Yu-tung Hsia. Due to the superb acting and pure love story of campus, the film has high expectations.

“Stand by Me” starring Hsin-yu Wang, a campus sweetheart, and Yen-chun Kuo, a sunshine boy, narrating a love story of the young.

“Stand by Me” depicts the love story of young people in the campus of Shih Hsin University. Hsin Lin (acted by Hsin-yu Wang) with a dream of acting has no courage to attend screen test due to lack of confidence until she meets the drama club senior Shih-chieh (acted by Yen-chun Kuo). Shih-chieh encourages her to pursue her dream and always stands by her in rehearsal. However, before Hsin Lin attends the screen test, Shih-chieh finds his campus broadcast recording that he always dreams of just collides with Hsin Lin’s screen test. Hesitating between his dream and encouragement of his girl, Shih-chieh has to make decision before arrival of the day.

The film casts and crew are from different departments, the heroine Hsin-yu Wang (middle) and music coordinator Te-lang Kung (right) are from Department of PR & Advertising and the hero Yen-chun Kuo (left) is from Department of Speech Communication.

The members of Stand by Me are from different departments, Hsin-yu Wang, Yen-chun Kuo, and Te-lang Kung are not from Department of Radio, TV & Film. They are not good at shooting, but they have great potential. They said the three days of filming left deep impression on them and they had good time.

The three students who played important roles in “Stand by Me” are not from the Department of Radio, TV & Film, but they all said what they have learned in their own departments is very helpful. The Department of Speech Communication provides a course to teach speech communication which teaches how to use gesture and words to express, and is very useful for acting. Yen-chun Kuo said he is senior student from Department of Speech Communication, and his expertise on speech communication can further improve his performance. Also, Hsin-yu Wang, and Te-lang Kung who are from the Department of PR & Advertising expressed they have shooting experience in their Department, so micro film is not strange for them. For the students from Department of PR & Advertising, the course of “Marketing Yourself” helps them get the ticket to join the team and show the outstanding works together with the members.