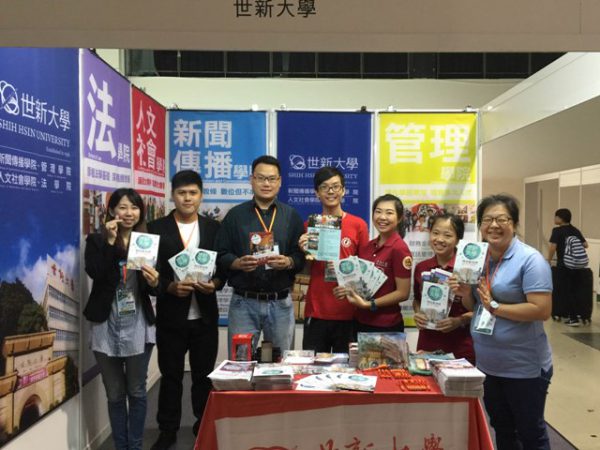 In response to the low birth rate and the “New Southbound Policy” The student recruiting team led by the chief of public affairs participated the higher education convention at Malaysia from 8/3 to 8/13. Many former students from SHU all arrived to support the event. The Malaysia Higher Education Convention has held ten years of success, and this is the fifth year for SHU, each year bringing marvelous results and highlights for the students.

Other from the first hand contacts at the convention, SHU has been invited to feature in a Malaysian TV series after participating in the Malaysian higher education convention for 5 years. The team made use of the convenience and instance of the media platform to show the greatness of SHU to all students globally.

Many SHU alumni arrived to support the event, which this year attracted 1,300 students from Kuala Lumpur, Penang and Sabah who could mix and mingle at the banquets, gatherings and at the special event, “Mandarin Night.”

The deputy minister of the Ministry of education led 99 domestic universities and colleges to participate the Malaysian higher education convention. Due to the “New Southbound Policy” more and more foreign students are encouraged to study in Taiwan for their degrees. More scholarships quotas are offered to ASEAN countries, Indian students and Malaysian students.