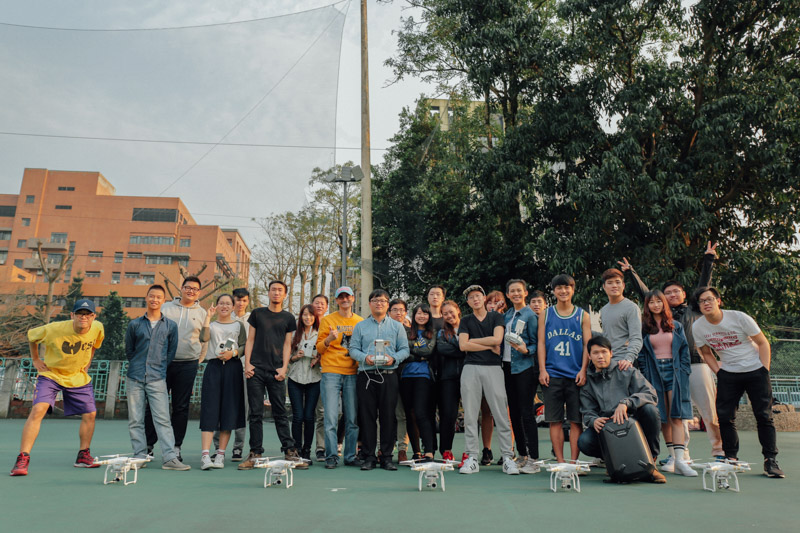 RTF Department head Professor Yeh has established a SHU drone-filming production class with the purchase of 10 sets of drone cameras in 2015, placing SHU at the forefront of all universities in Taiwan.

Drone aerial filming is now the biggest trend in the movie making industry with the Association for Unmanned Vehicle Systems International saying the industry will create at least 100,000 US jobs in the next decade alone. Many professional training schools are appearing in Europe, America and China.

Not only does the SHU course teach the Air Navigation Regulations and operating skills, it also allows students to put what they learned into practice. But book early as places are snapped up quickly, with classes also open for non SHU students. Visit: http://www.soll.shu.edu.tw/ptclass2&dbid=OMSX