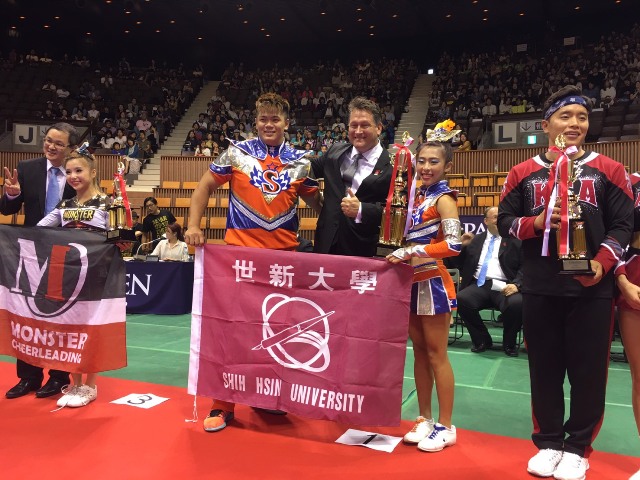 A round of applause! The SHU cheerleading squad scooped a gold medal in the Japan Open Cheerleading Championship 2016 in the high level doubles category. Further the acapella group Zebra Line won third place attending singing competition AKA A CAPPELLA, helping to show the world how SHU dominates all fields.

Pan, a student from the speech communication department was the leader of the cheerleading squad. Two typhoons struck before the game, however the students still kept their spirit continued the hard work. Coach of the squad, Li says due to the 60th anniversary of SHU, she could not join their trip to Japan. However, Li still drove the students to the airport despite the late practice the night before hoping the best for the students.

The Zebra Line acapella team was established in 2003, and has won countless international competitions worldwide since then. The “Zebra Lines’ represent the black and white keys of a piano, showing their passion for music.