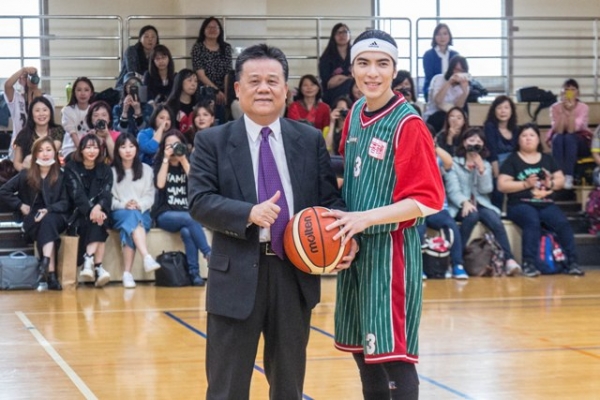 Golden Singing King Jam Hsiao isn’t just good at belting out tunes, he can also make some mean moves on the basketball court. And so it was that after last year’s 3-point loss at the “Campus Friendly Basketball Tour” he returned with a vengeance with his Magpies team. Smashing all resistance, he started the match how he meant to go on, moving up the court rapidly and throwing a three-pointer that boosted his team’s morale. However, after a long and tense contest in which both sides scored over the 100-point mark, the final damage was 122: 115. Though Hsiao didn’t lead his team to victory, their performance was deserving of winners.