Guitar Singers are as good as professionals 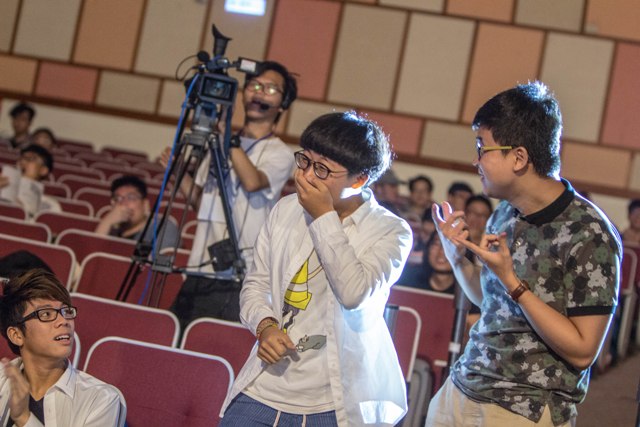 The stars of university folk guitar came out to play at SHU on June 15 as the finals of the 10th Campus Guitar Singing Contest got under way in the categories of Solo, Duet and Composition.

WEI,QI-XIU from Chinese Culture University, WU, RUO-YU (drummer) from Taiwan University of Science and Technology and TSAI,HSUN-YANG (guitar) won the Solo title with their rendition of Tanya’s Angels & Demons dialogue.

In the Duet contest judge HUANG, ZHONG-YUE said it was “like watching a professional show!” LU,SHANG-WEI from National Central University, AN,HUNG-LIN from Chung Yuan Christian University and YANG,YOU-HUO from Tatung University took out the first prize with their duet by Rihanna “S & M”.

In the Composition genre, DING,YE, TANG,MING-XIAN and LEE, BO-XING from Yuan Ze University scooped the prize with their song “Little Sun.”

Cooperating with SH Cable Television and SH Radio Station, a full series of participants’ interviews was broadcast before the contest, culminating in the finals.