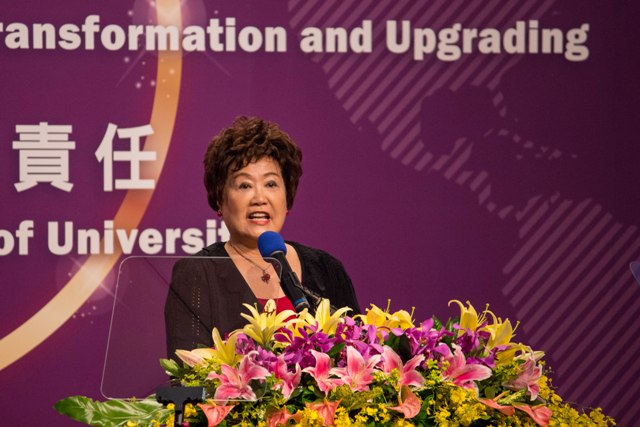 The 7th World Women University Presidents Forum took place at SHU on Oct 13/14. It was not only the 16th anniversary of the forum, but also the SHU’s 60th anniversary. This year 29 female university presidents from all around the world participated in the event, which focused on the topic of promoting the world economy and the transformation and betterment of society.

This year’s event focused on the topic of promoting the world economy and the transformation and upgrading of the society as well as the choice and responsibility of universities. Cheng, the chairman and the first woman president of SHU believes that the key role of universities in the era of knowledge economy is not just man resource. It is the power of leading the society and economic development. The forum brought together all female scholars in one place, analyzing higher education. Developing a open path for education in the fast changing society.

President Chang form TKU was invited to give a speech about the view of the future of higher education form Taiwan. She believes that every university has its own future, as long as people sense the changes and respond, then situations could be reversed. She also stated that there is no certain answer to the future of higher education; however she hopes that all universities achieve greatness in the future.

Aside form academic exchange, a banquet fir the world women universities also tool place on 10/15. Deputy Chairman of Women Leadership Academy, Chen, thinks that despite the ratio of women presidents being rather low, with the research and training of women leaders, this stereotype could be reversed.