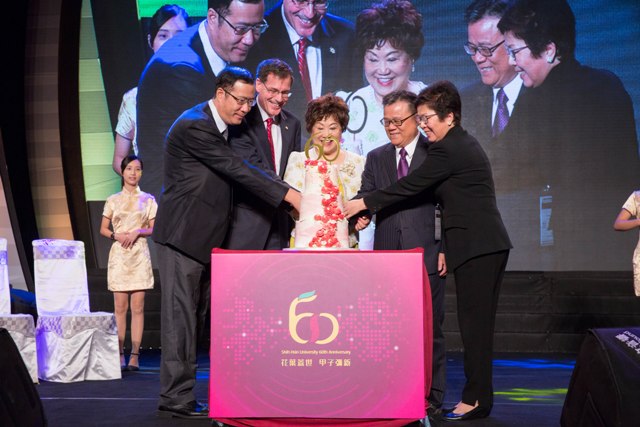 SHU celebrated its 60th anniversary in October in the SHU Auditorium and at the Ambassador Hotel in dazzling style with performances and speeches headlined by the Zebra Line and including acts performed by alumni bands and the SHU Pop Music Center.

In a speech, SHU Chairman Dr Cheng said SHU’s respect for freedom of speech and the voice of the students was a core value. President Wu said that SHU has been elected as a top teaching university by the Ministry of Education with a student registration rate above 97.5%, topping all private universities in Taiwan.

SHU has become a sister school to 165 universities from all over the world and presidents from the University of Wisconsin, River Falls and Fujian Normal University all gave speeches to show their support.